Should Elon Musk pay his employees enough for them to be able to purchase Tesla’s vehicles just like Henry Ford did?

The math likely doesn’t pencil out — way, way too many cars to sell.

But he did sort of do this with their first car — the Tesla Roadster. Tesla only sold about 2,000 Roadsters over 4+ years (a fraction of what Tesla now does in 1 week), and just 1,000 or so before its IPO.

Many of Elon’s ex-colleagues and friends and investors bought two Roadsters. Favors were called in. My guess is his inner and slightly outer circle bought as much as 20%-25% of the first 1000 Roadsters and maybe even 50% of the first 100.

You can do a lot of “unscaleable” things in the early days. Every founder does. Just getting 20 high-net-worth friends to each buy 2 roadsters likely accounted for a huge % of the initial batch of 100 sales.

Then later, this doesn’t really scale. 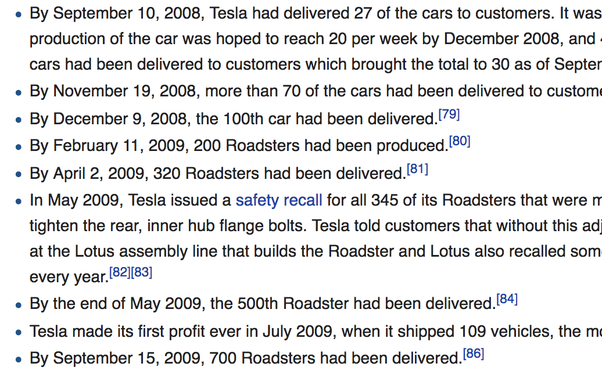