What successes have you had promoting your business on Twitter?

Social overall is a surprisingly small percentage of traffic to SaaStr.com: 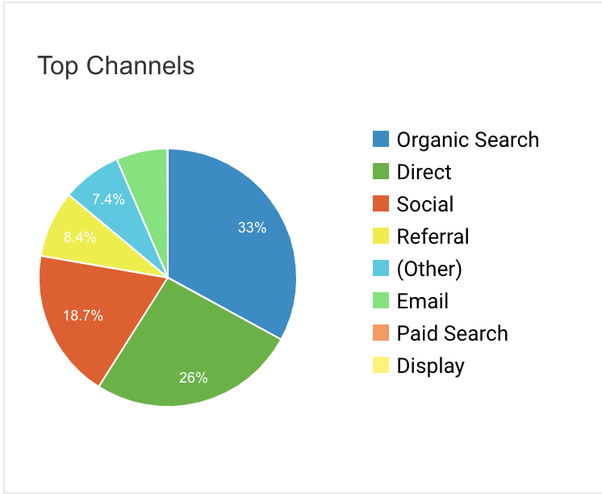 But of the Social segment, Twitter is the #1 performer this year to SaaStr out of all Social channels:

Having said that, given how much work Social is, it’s not clear it’s worth it for us for the direct revenue contribution. Organic Search + Direct + Email + Referrals comprise 75%+ of the traffic, and they are zero incremental work at this point.

So measured directly, “social” is by far the worst channel for us, both relative to total impressions and in absolute terms, for selling tickets at least.

Still, you have to grow. And Twitter likely indirectly supports a lot of revenue, including sponsorships, etc. You need more than one touch to support most sales. And qualitatively, I see a ton of engagement on Twitter (Quora is by far #1 for engagement for us, but Twitter is pretty high). So this $57,104.02 probably materially understates Twitter’s impact.

And Twitter seems to be the #1 social channel in 2018 for SaaStr.com at least. With LinkedIn a surprising #2.