What went wrong at Domo?

Domo made mistakes, but it is worth $500m+ today, at $140m+ in ARR — and it’s still early. Over the next decade, Domo could grow far, far bigger. They have “net negative churn” and a product with happy customers, so there is no reason the company won’t continue to grow. They also have a proven CEO. 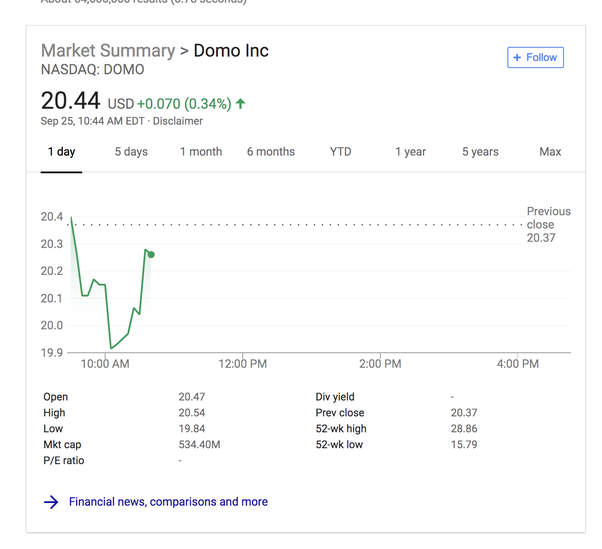 What Domo was able to do was bend a bunch of rules, in part due to the CEO’s prior exit for $1b+ to Adobe. He was able to raise far more money than most, burn at a higher rate than the peer set, and push through some metrics that in the early days were challenging.

Most of us could not have gotten to $100m in ARR, burning so much, in the way Domo did.

But Domo did indeed get to nine figures in revenue. It’s still a $500m+ company today, growing at a decent clip of 30% at $140m+ in ARR. That’s not hypergrowth, but it’s fast enough to compound into a lot of revenue over the next 5–10 years. And it has $230m+ on its balance sheet.

I think the unicorn is still there. It may just take a little longer than planned.

The biggest risk for Domo is it has to cut the burn back so much that growth stalls below 25% or so. That appears to be the risk at the moment. But even that, if the NPS stays high and the revenue retention at 110%+ for its larger customers, may just be a painful bump in the long run.