PagerDuty: A Micro Case Study in Not Raising Prices

I was recently asked “Why is PagerDuty so expensive?”  My answer: I don’t think it is.

I was curious myself when I saw this question how much pricing had increased at PagerDuty over time. Had it doubled like Dropbox? Subtly increased by playing with tiers like Mailchimp? Ramped up pricing on the enterprise editions?

PagerDuty has recently filed to IPO and is doing well north of $100m in revenues today. Often, as a startup grows bigger, it increases its pricing to reflect growth in its brand and market position, and also more enterprise-editions as it goes upmarket. 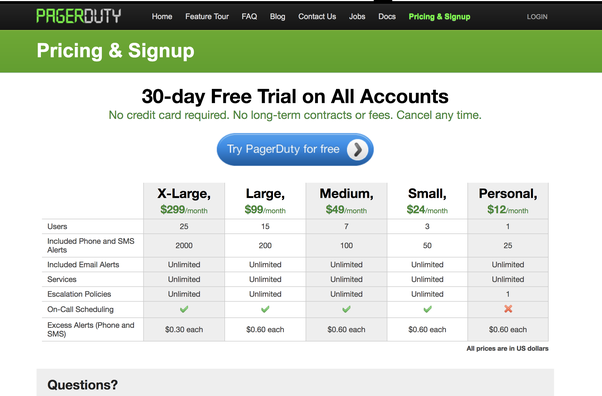 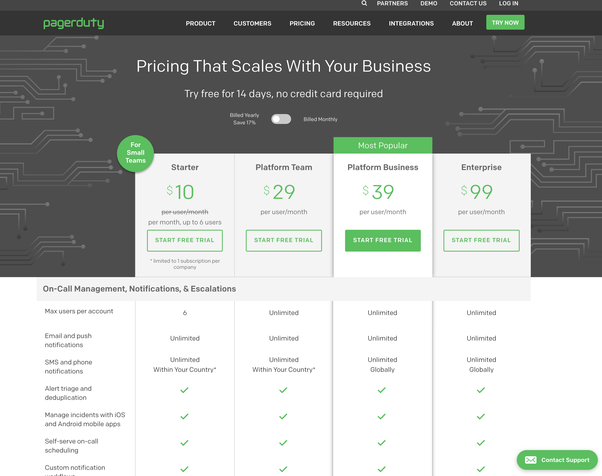 Free trials have shrunk from 30 days to 14 days, which often happens when you bring in a sales team. Sales folks prefer a free trial so short that the deal can convert the same month if possible.

But, interestingly, despite the rise of PagerDuty’s brand and market position, pricing doesn’t look all that much higher from 8 years ago!

The personal/starter edition actually is cheaper (likely to defend market share vis-a-vis competition), and the platform/medium edition also seems … cheaper. Larger/enterprise is the same. And the per-alert charges seem to have faded.

Now these are nominal prices on the pricing pages, and likely the company is “better” as pushing customers to more expensive editions, etc. than when it started. There are also now on in 2019 (vs. 2011) many new a la carte, paid features including analytics, intelligence, etc. that likely drive the deal size up significantly: 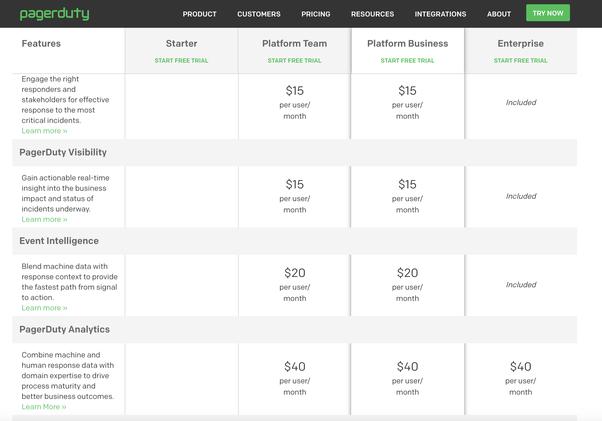 But PagerDuty does seem an exception to the general rule of pricing significantly increasing in the run-up to $100m in ARR.