Competition In SaaS Leads to A Lot of Things. But Not Lower Prices, Usually.

Q:  Will SaaS prices drop due to competition from developing countries? What prevents them from charging 5x or even 10x less? ( I ask as a potential startup founder )

I can’t think of too many examples at scale, but for a long time, Zoho took advantage of its low cost basis in India and did just that.

But fast forward today, as Zoho looks to get to $1 billion in ARR … and things normalize. Now it’s just a cost-effective suite of SaaS products, at basically the same prices as other lower-end competitive products: 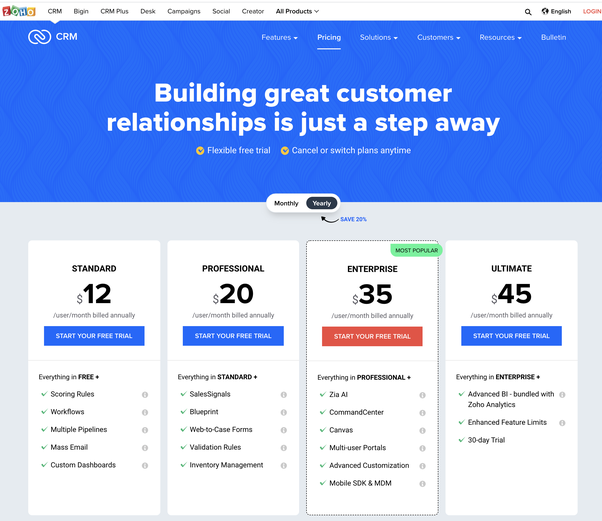 Net net, we all thought a lot about this, say, 10 years ago when there were fewer categories and many SaaS products hadn’t yet developed rich workflows.

But today, most SaaS products are so sophisticated. We haven’t seen net downward pressure on pricing.

Now this isn’t to say competition doesn’t lean to price ceilings.  Even if you anchor high, there’s only so much more, in general, you can charge than the competition in many cases.  And truly free or close-to-it competitors that are at scale (e.g., Google Drive) create downward pricing pressure in many cases.  Box and Dropbox have only been able to raise prices just so much over the year.  But even there … they have raised them over time.

Overall, prices haven’t come down in SaaS.  Not at all.