If a VC Doesn’t Respond To Your Emails, Try Once More. Then Just Move On.

Q: “How long will it take VC to reply to emails?

Once a VC finds a deal they really want — they move fast. They hunt, and close, just a few deals they really want each year.   Each individual VC partner typically only does 1-3 deals a year.  So when they find one they are really interested in, they often drop everything to close it.

If you are frustrated it takes a VC a long time to reply, that’s a sign. That’s a sign either they aren’t interested, or your pitch isn’t quite good enough. 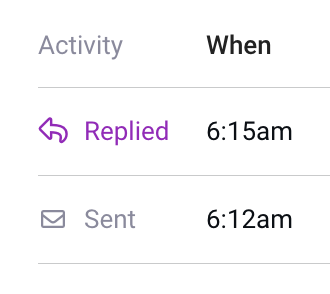 Opened, read, and replied in 3 minutes.

If you’ve made your best pitch, they’ve opened it, but no response … don’t get upset. It’s not being ghosted (well, not really).  It’s just they don’t see it. That may be their mistake. But it is what it is.

You can see 2 cold emails I funded for millions here:

2 Cold Emails I Funded For Millions