Live Tomorrow with Algolia: “The Essential Companies SaaS Relies On”

Come join us for an open discussion on how to scale faster and better here! 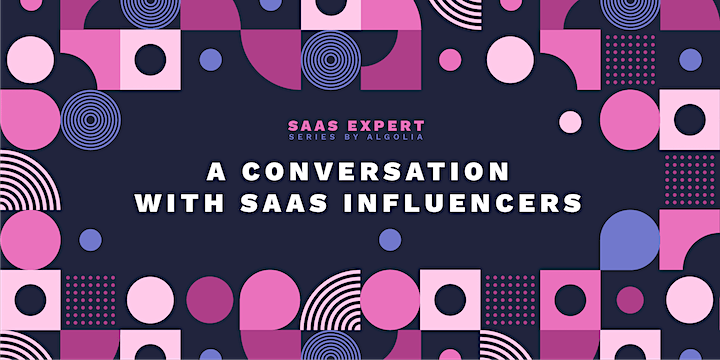 Get your insider knowledge with the buzz-worthy online event series featuring AMA discussions with the top SaaS leaders in the industry! These virtual live forums will encourage SaaS product builders, engineers, entrepreneurs, and tech leaders to openly engage with spotlight speakers to get all their SaaS questions answered in real-time.

The software-as-a-service marketplace is rapidly growing year after year! Do you know what companies the SaaS industry is increasingly relying on? Learn from Jason Lemkin, SaaS investor & SaaStr Founder, on what essential companies are being leveraged to create the right framework for a scaling SaaS company.

Jason M. Lemkin is a 3x founder, 1x VC, and constant SaaS enthusiast. He was named by BusinessInsider to “The 32 Most Powerful People in Business Technology.”

He has made the first or very early investments in many leading SaaS start-ups through the $90m SaaStr Fund, including Algolia, Talkdesk, Teamable, Mixmax, Gorgias, RainforestQA, Salesloft, PlatoHQ, Logikcull, Automile, Pipedrive, and more.

Before SaaStr and investing, he was CEO and co-founder of EchoSign, then the web’s most popular electronic signature service, from inception through its acquisition by Adobe Systems Inc. He then served as Vice President, Web Services at Adobe, where he oversaw the growth of EchoSign and Adobe Document Services to $50,000,000 in ARR in 2012 and $100,000,000+ ARR in 2013.

Prior to EchoSign and Adobe, he co-founded one of the only successes in nanotechnology, NanoGram Devices, which was acquired for $50m just 13 months after founding. The technology, built into implantable power cells, has gone on to help extend the lives of thousands.