Why So Many VCs are Moving to Austin and Miami

Q:  Why are so many VCs moving to Miami and Austin?

CA’s state income taxes and more importantly, its state capital gains taxes (taxes on investments) are the highest in the nation at 13.3%. Even New York doesn’t come close, with 8.95% capital gains taxes (although it has other City etc teaxs).  This means every VC with a substantial portfolio is always at least thinking about taxes. 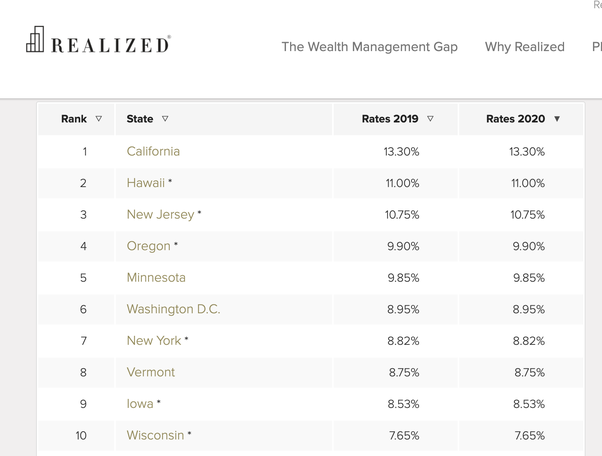 For years, it seemed to be important to be in the Bay Area to do VC. Some would quietly decamp to “Incline Village” in Lake Tahoe, Nevada — where state taxes are again 0% — and work in California < 50% of the time.

But with the onset of distributed investing over Zoom, that was the tipping point for many to seek out states with 0% capital gains, and to move to the ones with a decent set of entrepreneurs and co-investors. Suddenly, tax dodges like Incline Village were far less important than other areas like Austin and Miami with enough tech going on to keep things interesting, connected and lively.

And Covid pushed things over the edge. San Francisco is a grim place to live right now. And to pay the highest taxes in the country.  And tech leaders are slowly reducing their footprint, from Salesforce to Dropbox to Tesla to Oracle to HPE.

If you look at the states with 0% state capital gains, Texas/Austin and Florida/Miami are the most appealing for VC investing. Everything else just doesn’t have enough going on:

Yes, this excludes other taxes, like property taxes (lower in CA than TX — but then again, real estate is 2x the price in CA), City Tax in NYC and SF, etc.  But net net those don’t move the needle as much as simply moving to 0% state capital gains state.

Now, for corporations themselves, the calculation is a bit more nuanced.  Florida has lower corporate state taxes than California and New York, but Texas has no state corporate tax.  (So does Seattle/Washington and some others of course).

That tends to push Texas over Miami for bigger companies that are actually profitable.

Much talk of moving to Miami

But it seems to me the biggest geo change for “tech” is that every mature, profitable tech company may move to Texas

0% corporate taxes (some additional taxes, but)

SF Bay Area may need that even more