Dear SaaStr: Why Are We Seeing Such a Big Drop in Startup Fundraising?

Dear SaaStr: Why Are We Seeing Such a Big Drop in Startup Fundraising?

Cooley is one of the top law firms representing startups, and so they have data that no one else quite has. They know exactly what venture deals are priced at, exactly how many are happening, and exactly what is happening across 100s and 100s of leading startups.

Other data sources are great, but law firms have unique access to the exact, real data. Everyone else is scanning public filings and making some educated guesses.

And what Cooley has seen for later-stage VC rounds is pretty brutal. More brutal than I thought, in fact. You can see the simply massive decline in the total amounts of VC capital raised this year here: 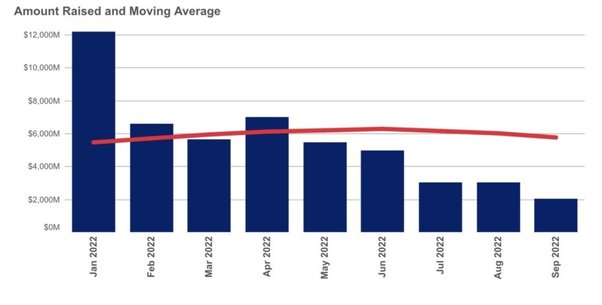 This is consistent with other data sources, but in a much more specific and useful form. Unicorns are, for now at least, essentially dead. Even Series D rounds, the handful that are still happening, aren’t even unicorns. Series C deals are also almost nonexistent. And at the earliest part of investing, seed is still active. At least for now, investing early has only been partially impacted by stock prices that have fallen 50%-75% since their peaks for even the best in SaaS.

It is what it is for now. Founders that are looking for seed rounds, understand it’s still out there. And founders looking to raise later rounds, this is clear data on how much harder it gets for each round. Series A and Series B rounds are at half the valuations of a year ago — twice as hard as last year. And Series C rounds are 4x harder to pull off. And later-stage deals have basically evaporated.

The #1 lesson: Make that capital last.

And a great related convo I had at G2 reach with Accel Growth, Iconiq Growth, and Salesforce Ventures here: