What product would one million people be willing to pay $1 for monthly?

It’s an interesting question and challenge — and one very few SaaS companies have taken up.

Dropbox has marched up from $5 to $10 for their basic paid plans over the years, as has Box mostly: 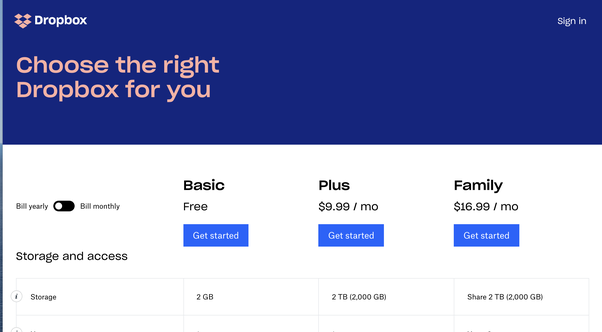 Yes, products like Canva have images you can buy for $1, but again, once you go fully Paid, it’s $13 a month: 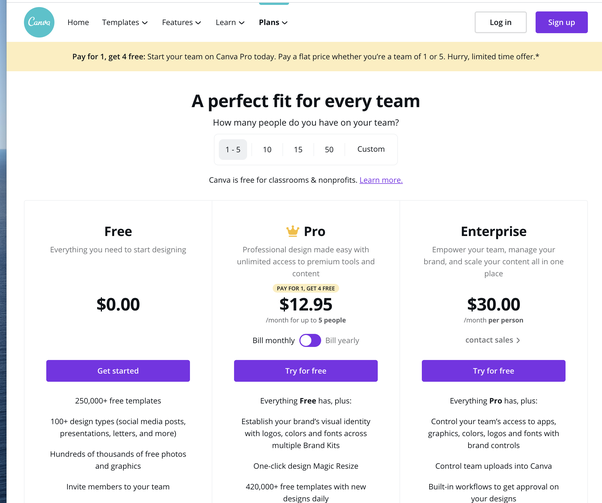 While software is cheap to distribute, it’s not cheap to build. It’s very hard to make money at $1 a month off anything in SaaS.

Yes, 1m users paying x $1 a month = a $12m ARR business. But it is so, so hard to get 1,000,000 (!) paying customers in SaaS. And it’s very hard to support them with any customer support or salespeople at that price point. At $12 a year, how much can you spend on live support? Or sales commissions? Or even hosting?

So almost everyone finds a way to get customers to pay $10 a month instead, and you have a $100m+ business, worth $1B+ that can IPO.

Even products that used to be super-cheap, have raised prices to achieve scale.  Like SurveyMonkey: So that’s what in the end, almost everyone does, at least as they scale.  And many just let the truly small folks, or the folks that rarely use the product, use it for free.  That’s often cheaper than the costs associated with supporting a $1 a month customer.

In fact, many of the next generation of SaaS leaders are more expensive than their less collaborative predecessors.  E.g., Airtable certainly costs a lot more than Excel.  But it also does more …

We can take a look at a bunch of leading apps together, and see the average pricing of the core SMB product is about $14/month, with a teaser / low-end product around $8 a month: Products that are so cheap vs value I don't even notice or care what we pay for them:

They are doing just fine