Zoom: Too Big To Buy

Q:  Who will acquire Zoom: Amazon, Oracle, Adobe, or IBM?

Zoom currently has a $74b market cap. To acquire a successful public company, you have to pay a “premium”, i.e. 25%-50% (sometimes more) beyond its current market capitalization.

So let’s say it would cost $125 billion to acquire Zoom today (assuming they would sell). A 66% premium given its strong position. 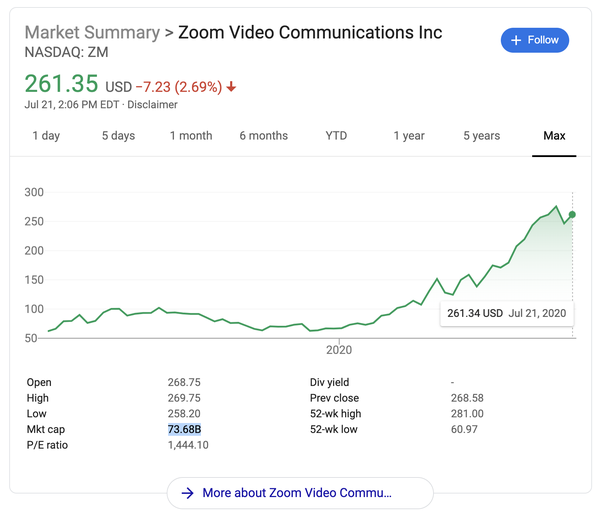 Who can afford that … assuming the company would even sell?

Realistically, Zoom is too big in terms of market capitalization to be acquired. At least for now.

Maybe it’s for the best.  Salesforce was shopped around a number of times, but never acquired.  Today, now, it’s worth more than Oracle.  And Oracle turned down buying Salesforce earlier for a fraction of its current $180b market cap …

5 Interesting Learnings From Zoom When It IPO’d